Article about the mixed success of Conservation Agriculture adoption in Zimbabwe

I would be interested in your thoughts regarding this article. 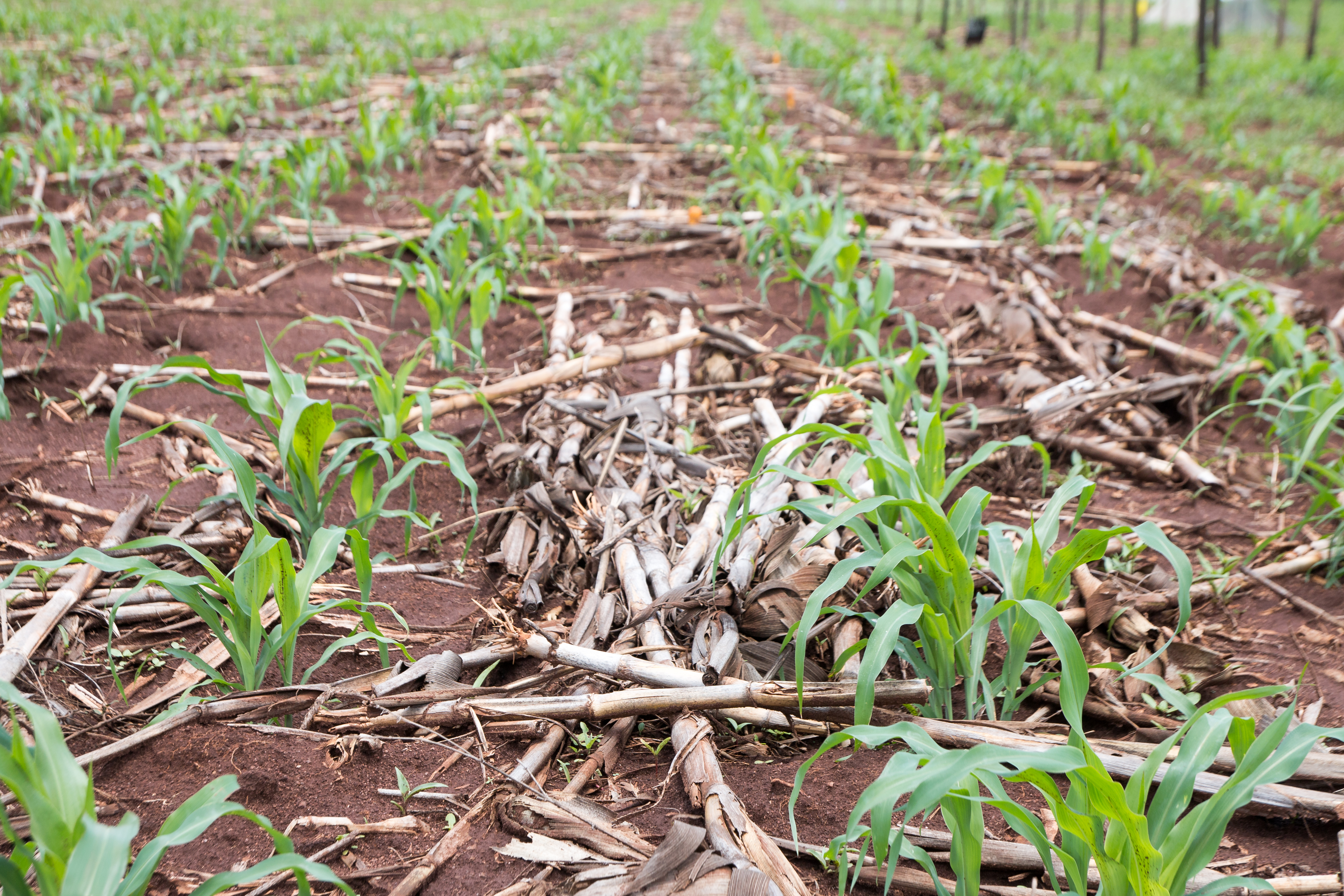 Conservation agriculture is touted as a sure-fire remedy for food insecurity. Not all Zimbabwean farmers agree

Thanks for sharing this, Rick.

I find it really interesting. One of the things that stood out to me was the assertion that: “But while yields have generally been bigger on those portions of land given over to CA methods – generally between a third and a half of an acre – for many the boost is not enough to make much difference to their margins or indeed to overall food security.” Not sure what the alternatives are to CA that could be sustainable and improve productivity. I guess rolling out more holistic approaches in addition to just CA? Seems overall like it was a result of poor implementation- a cautionary tale for ECHO’s promotion of best practices and the continual need for verification!

With that declaration, it seems that CA is doing something to improve production, but not enough. It would be nice to see the economic and labor inputs in relation to the production increases to see if they are warranted.

And of course, it comes back to environmental and social externalities
that aren’t accounted for in our current economics paradigm. Of course, food security is very much concerned with the here and now and is hard to look beyond productivity (calorie output).

And I think this quote also relates to that peer-reviewed study about adoption of CA and parsing the various definitions of “adoption”: "“Most evaluations are largely self-assessments conducted by implementing organisations and their close partners, hence raising more questions on the authenticity or sincerity of the presented outcomes,” so I’m not too surprised! I’ll attach it again if anyone missed it the first time. Another cautionary tale about adoption and monitoring and evaluation.

Also- this seems more like a journalistic piece and not a peer-reviewed study.

As @Abram_Bicksler mentioned, if what they have been implementing has not worked as well as hoped, what would the alternatives be? Three main principles of CA are:

There is lots of flexibility and even controversy in terms of how those are put into practice. My feeling is that sometimes the concept of permanent planting pits/basins becomes synonymous in people’s minds with CA. In our BPN, we tried to portray CA as an approach that can be adapted and tweaked to fit each situation, as opposed to a single, fixed set of practices. For example, in the Ethiopia, both planting basins and tie-ridging have worked well as conservation tillage practices in combination with mulching (Workineh et al. 2016; a paper Rick had forwarded a while back). In some places, the FFF approach to CA works well; am thinking of positive reports from Burkina Faso.

Where farmers are opposed to digging the planting pits, or there just isn’t enough of a gain to justify the labor, there are probably other ways to implement aspects of CA without necessarily abandoning the entire set of principles. Angela Boss and Neil Miller both mentioned, at various times, a ripper implement that is being used in East Africa. When I first heard about it, I wondered how soil ripping could possibly be in line with the concept of “minimal soil disturbance.” As we learned more about it, though, we found that the oxen-drawn implement does not greatly disturb the soil; it makes a narrow slit/trench in the soil into which fertility inputs and seeds are placed. So, fertility is still concentrated near plant roots, as with planting basins, but the work is done in a more mechanized way. Here are a few links about the ripper tool:

The one other thought I have is that mulch availability is often a limiting factor in implementing CA. Unless the maize grows well, maize residue will be lacking, and then there are off-field uses that result in significant amounts of these residues being taken off the field. This is where GMCCs could play a significant role. If farmers are disappointed with CA, as it has been promoted or presented to them, and they abandoned soil mulching, what other way is there to maintain/build soil organic matter? In dryland areas, we’ve heard about termites being a significant obstacle to maintaining a layer of mulch on the ground. Even under those circumstances, though, it is possible to “mulch” by incorporate trees into farming systems (e.g., through FMNR/agroforestry techniques), with leaf litter being steadily added to the soil.

Such are my thoughts :).

I have been following a discussion on the same paper via Facebook (posted by Angela Boss). It is on the Conservation Agriculture in Africa Discussion Group. I went ahead and copied and paste the discussion so far. I was specifically interested in the comments made by Putso Nyathi at the end of the chain. If you all have not joined this group become my facebook friend and I’ll try to add you

In studying CA in gradschool from an Upstate NY perspective the extension people often promoted moving to no till by first starting with zone-tillage tools and doing strip tillage (as Tim M. mentioned), leaving a lot of the soil surface undisturbed, then moving hopefully to zero tillage.

July 19 at 12:04pm
An interesting article from IRIN today on CA in Zimbabwe. The article speaks to what can happen when input incentives are used to entice farmers to try something new as well as what can happen when practices are promoted over principles, and when there is inadequate extension support. Several interesting points in the article. I’d love to hear from colleagues in the region on your thoughts on this article

Boniface Wairimu
input support on it own has never been sufficient. policy support to ensure that CA is mainstreamed as a national goal to achieve food security plays a pivotal role.

Matthew Gates
It’s very easy to over-sell CA as a solution to short-term food security problems and to not look at how it fits into the broader socio-economic context. In a lot cases, it might not be the most appropriate intervention. A cautionary tale for us all. Thanks for sharing.

Oxwell Madara
This is an isolated case and we cannot generalize, our experience is that CA is paying off .

Putso Nyathi
Our recent ex post evaluation of CA in Zimbabwe has shown that farmers have continued to practice CA 3 to 5 years after Christian Care pulled out of the areas. The success has mostly been due to identified benefits of CA and extension support has continued though government systems. In areas where the local extension system is weak, we had high levels of drop outs. Note that these interventions encouraged the use of locally available inputs and OPV seeds. However area expansion has been minimal and in a country where the ploughing has been the main tillage system, appropriate technologies should be promoted e.g. animal drawn minimum tillage implements. Also our findings reveal reduced application of mulching material for reasons known by most of us. Although CA is no applied to big areas, it has become part and parcel of the farming system of these farmers.

While this is an interesting article and certainly highlights the challenge of providing labor towards CA principles, it does, as Abram noted, seem rather journalistic and doesn’t necessarily provide the evidence that Zimbabwean farmers are giving up on CA in droves. It does correctly highlight the challenge of input subsidization, and the need to consider following up withdrawal of subsidies with other supports, such as continual technical/extension support.

I would also argue that CA is best cast as a strategy that is not simply a suite of agronomic best practices, but part of a philosohpy of optimization towards a production system - optimizing the economic, social, and environmental outcomes for those that employ CA.

The writer echoes many objections to conservation agriculture shared also by Ken Giller in his seminal article “Conservation agriculture and smallholder farming in Africa: A heretic’s view’. In fact, it does not present any new objections. They both discredit CA because of those who claim it to be a panacea for the problems of poor agricultural productivity and soil degradation – it is not a panacea and we who promote it should desist from that. They are critical of those who stifle critical debate – we need keep an open mind and adapt CA options to different local realities with a mind to experimentation. They are critical of those who promise CA to increase yields, to reduce labor requirements, to improve soil fertility and to reduce erosion – these promises are not sure especially if CA is not implemented well and adapted to address constraints encountered. They criticize those who do not acknowledge the potential for increased labor burden to women, or competition for crop residues. We need to give a balanced view when we promote CA and not to diminish the possibilities of not obtaining desired results. We need to recognize that some farmers will abandon CA rather than to work through the challenges. So their criticism is good and essential to keep before us as we promote CA.