Metal silos - construction and use

Hello - I’m going to be building a 3.5 cubic meter metal silo. I have come across a couple of good resources online that cover the topic pretty well, but I would love to hear from those of you who have built and/or implemented silos at the household or community level. Are there some construction tips you could share? What has your experience been with using the silos, and if they were used by more than one household, do you have some recommendations for helping to avoid future conflict? Thanks!!

I would recommend that you contact Raciel - he has done a lot of work in Cuba and with small farmers.
Raciel Lima Orozco
raciello@uclv.edu.cu

Thank you Kate. I will send him an email.

Hi Brad,
I did not see a reference to the location and the people among whom you propose building the silos. One-size-fits-all technical fixes rarely work. Not knowing anything of the context myself, I can think of several important issues. First, you will want to investigate traditional grain storage techniques. Do local farmers build their own silos? If so, does their traditional design utilize clay or other locally available building materials? Do local farmers believe that their traditional design fails? Are they interested in phasing in a new design? If so, what are the limitations of their technology that have been voiced by the farmers, and how can your design address those concerns? What is the cost/benefit ratio of traditional design vs. your proposed design?

Dr. Matthews, Thanks for your reply and input. All points well taken!
The project is in the remote Eastern region of Nicaragua. Household-scale metal silos have been promoted there in the past and this approach was requested by the communities we work with to help them create a disaster response supply in the light of increasing severity and frequency of flooding events. When I worked at ECHO I had the chance to help build the silo they have in their AT area, and I also installed one on our project in Honduras, but I haven’t worked with a community in the implementation of this type of solution (community level/disaster resilience). Any further thoughts you might have given this context are most welcome!

Here is a list of ECHOcommunity resources I am building. I’ll be adding some more.

While fulfilling the food demand of an increasing population remains a major global concern, more than one-third of food is lost or wasted in postharvest operations. Reducing the postharvest losses, especially in developing countries, could be a...

I’ve been working on a similar project in Northern Ghana for the last couple years. We made and tested several prototypes inspired by the model that was there at ECHO Florida. Our challenge was to adapt it in a way that could easily be reproduced here in Ghana using locally available materials, tools, and skills while still being affordable to a small holder farmer. So here is a brief explanation of what we have found…

Currently we have some confidence in a model that measures about 46" tall by 46" in diameter using a .8mm to 1mm thick galvanized sheet metal. The joints are made simply by folding the seams in the same fashion as a tin can, a method that is already used by tinsmiths here in constructing water drums and other locally made sheet metal products. The seams are then sealed with some sort of sealant. One sealant that we’ve tried is a putty made from shea butter (very common here), cement and oil paint. This type of sealant can last a couple years if mixed properly and the bin is not moved around much after sealing. More recently though we have been using a polyurethane culk that has become available here. It is a bit more costly, but is much more reliable and longer lasting. For the inlet and lid, they fashioned from sheet metal and then lined with PVC and made wide enough for somebody to fit through to clean out the bin. This is done by cutting a length of 1 inch pvc pipe length wise, then slightly heating it to press it out flat till it cools. It is then used to line the metal inlet and lid. The outlet spout and cap is made from a piece of 6" pvc riveted onto the opening of the bin. We’ve also added a fumigation chamber at the top using a 2" piece of pvc attached to the bin in the same way as the outlet pipe with the exception that there is a perforated piece of sheet metal over the bin opening that allows are to flow but nothing more. This way when using fumigation tablets that are common here, such as aluminum phosphate tablets, there is then very little risk of direct contact with the grain held inside in a case where the tablets are not proper wrapped. The reason we have used the pvc for all the openings is because it makes it much easier to get a nice tight fit than with metal on metal.

Concerning the question of use even by more than one household… We have started to help organize the forming of what we have called Food Management Groups here. These groups are made up of about 10 people per silo that agree to contribute an equal amount of corn and store it in a locked bin until “hunger season”, the last couple months of the growing season before new harvests come in. One silo can adequately serve ten people that each represent an average size family for about 2 months. Each year every member pays a small fee to use the silo and that money is saved and used to pay for the silo, purchase additional silos so the group can grow to include more of their community members, and possibly build some capital to where they can use the extra funds to invest in grain to store and resell at a higher price. Each group is formed with a chairman/woman, secretary, and technician who is trained in proper fumigation and silo handling/maintenance. The fee is enough for a group of 10 to be able to buy a silo in two years and low enough that it is less than half of what the value increase of their grain is, so it still make financial sense to use a bin. While we are still in the infant stages of forming these groups, so far we have seen them to work together very well. Some members have testified that they have never experienced being able to feed their families dept free through the hunger season with quality grain that is free of insect infestation. As a group they are learning to better manage their food resources so that they still have in the highest time of need rather than selling their grains early in the year and needing to buy back at a higher price, often buying on credit, to be able to feed their families till the new harvest comes in.

I was concerned that the improvements we made after our original prototypes added too much cost to make them affordable to people as individuals, but so far we have still sold some to individual families that are using them.

Sorry this got a bit more lengthy than I meant, but I hope there might be something helpful for you. Let me know if something isn’t clear of the construction details. Its a bit hard to fully explain without pictures.

Here are some images of Nate’s grain silos. 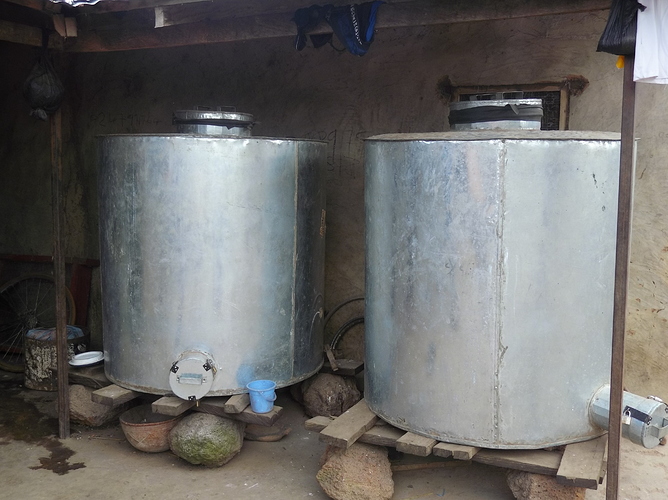 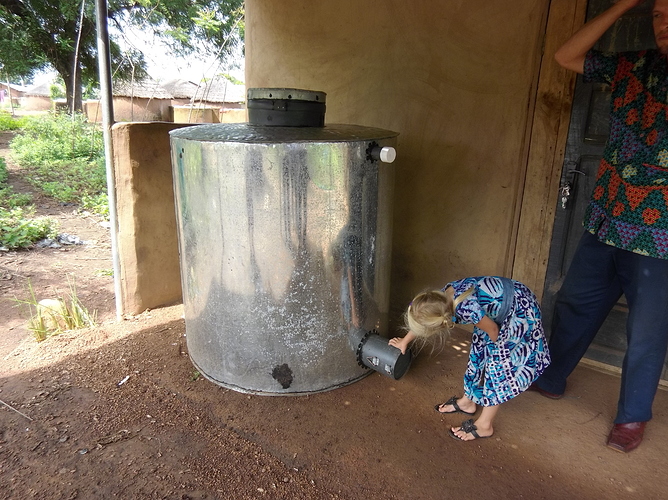 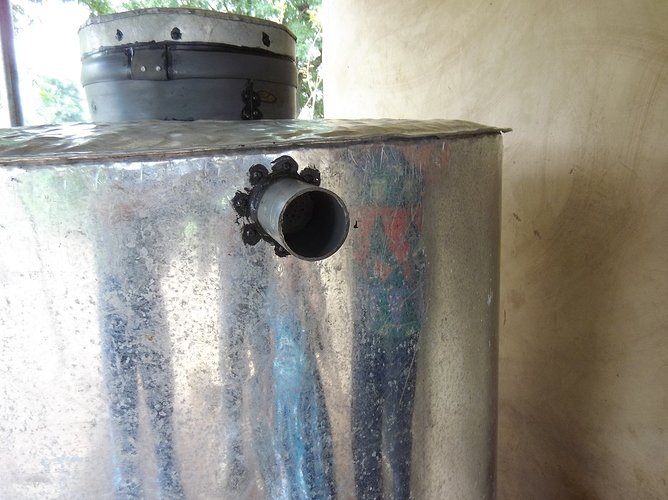 Hi Brad,
One of the great things about the recent seed training we did in Nicaragua in partnership with the BioNica Network was to get to hear and learn from such a diverse group of people! The topic of grain storage and metal silos was mentioned several times, so we know people in the network have experience with this. It could be good to contact Peter Schaller and see if he can provide a specific contact(s) who could be a resource in this area.
I also found a Spanish Guide for Community Seed Banks from Red de Semillas Libres that you may find useful.
Here are also some related articles about work in Nicaragua and the region, which I thought could give ideas for contacts of organizations already working in this area: