Hello,
Does anybody know the name of this tropical grass? I has runners above the ground that can be 5 metres long and that can even climb into trees. The stems and runners are quite woody, they look almost like bamboo, and can be up to 8mm wide and 1.5 metres tall. It is easy to pull out if the runners are not too long. However, it also makes flowers and probably seeds, so it seems to be quite weedy.
I’m in Oriental Mindoro, the Philippines
Thank you 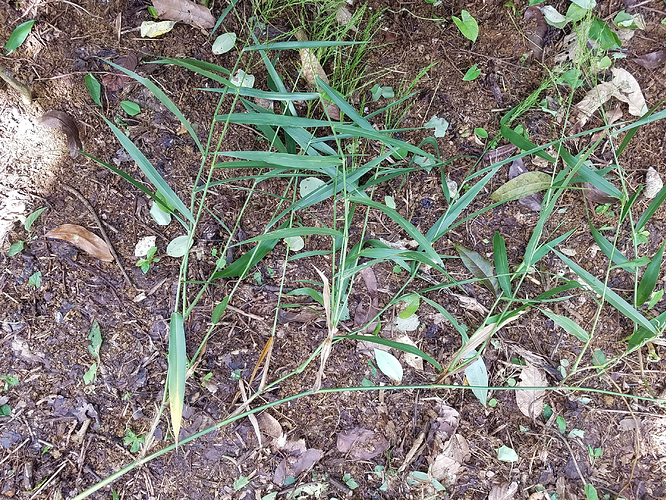 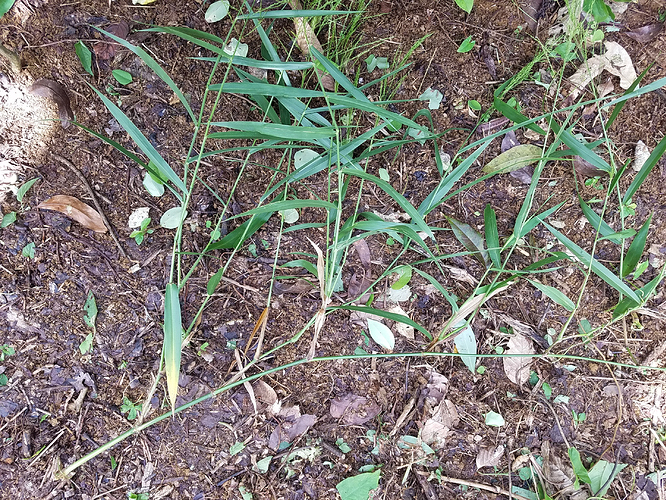 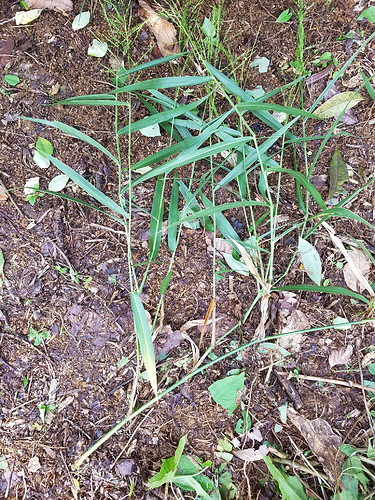 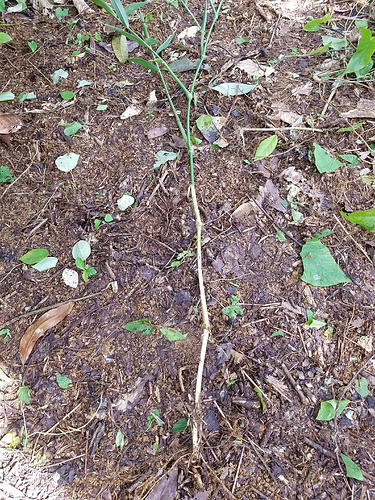 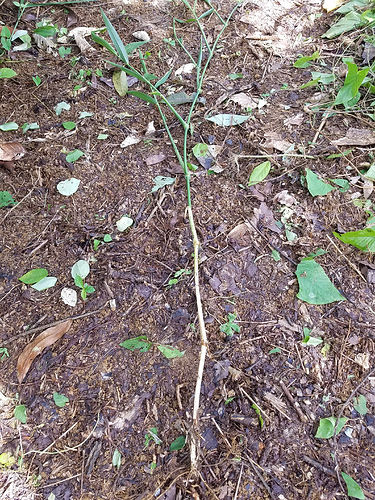 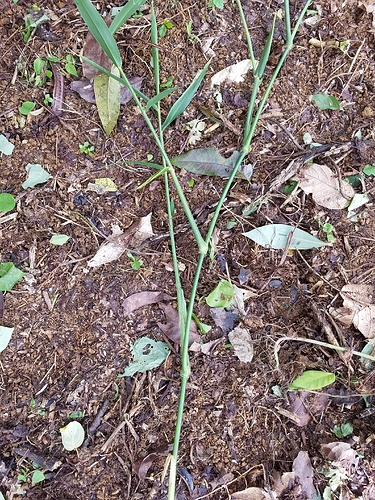 I’m in southern Thailand, and am surrounded by a grass that could very well be the same thing. I’ve never wondered about it’s name, but I’d like to know now

I wouldn’t say the stems and runners are woody, but yes, fibrous for sure. Bamboo is in the grass family, so it makes sense that the runners remind you of bamboo!

I’ve never thought to do anything but pull the grass up and compost it in place. I don’t know it to be edible, but it seems I’ve learned that almost all grasses are edible, just not much fun to eat! Given that there’s SOOO much during rainy season (we’re in the middle of it now), I wonder if putting it into a juicer would make a good juice.

There’s a similar one with runners that are a bit thicker, and more succulent, which has edible tips, with a mild flavor. Seems it makes flowers … can’t remember, but I’ll take a picture of it later this week.

Hi,
Thanks for your reply.
I didn’t mean to suggest that the stems are actual wood. But they are very similar to small bamboo.
I don’t know if it is edible. Sorry if this is the wrong thread to post it in, it was the only thread about plant identification that I could find.
The stems and runners are very strong. Maybe they are a useful material for crafts.
I’m pretty sure that it would be suitable forage for animals. In fact I would think it could be controlled by grazing or by using a chicken or pig tractor. Unfortunately, that is not an option for me since I don’t live on my farm yet, so I cannot keep animals. 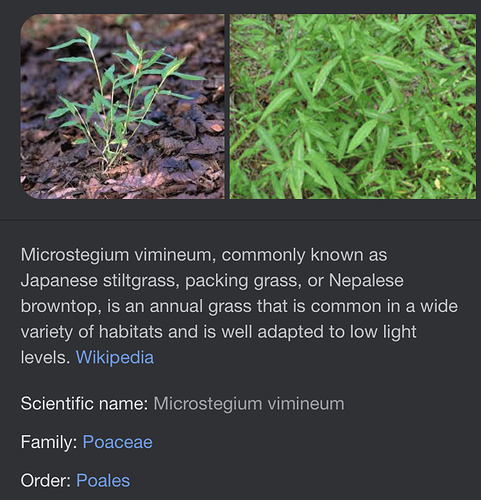 Hi,
Thanks for your suggestion. Microstegium vimineum has a silvery stripe of reflective hairs down the middle of the upper leaf surface (https://www.cabi.org/isc/datasheet/115603). I have double checked the leaves and there are no hairs on the middle vein. The upper and lower leaf surface is shiny.

I shared your photos with a friend of mine who is a botanist and he recommended the following:

The pictures of the grass from the Phillipines bear a general resemblance to a Urochloa sp. But there are many unrelated grasses, especially in that part of the world, to which it may belong. A zoom-in to the inflorescnece could not resolve the spikelets well enough to tell if it was a Urochloa sp. or some unrelated grass. The attachment [photo below] illustrates what may be fun to make: Illustrations of small plant parts that show sufficient details to really help in identification (mm-ruler included). In this case, I can zoom into the photo allowing resolution of details much smaller than 1 mm. If this was a Urochloa (instead of Phyla nodiflora), it would show 1.5-5mm spikelets that usually look rounded (seedlike) and blunt-tipped. The first or lowest bract (glume) would consistently face the nearest stem along its side. The second glume and first lemma would be the two most visible bracts and would surround and enclose the seed and other floral parts in a 2-flower (floret) spikelet. Maybe your friends in the Phillipines will catch on to the fun of high-resolution photography that includes a mm-scale ruler! 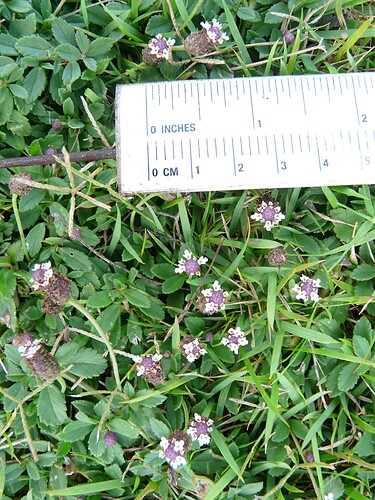 Thank you so much for your help.

Unfortunately I only have a smartphone available to take pictures here in the Philippines. My SLR camera has suffered from living in the tropics.

I can take more pictures if your botanist friend wants to see additional details. Please thank him/her for me. He/she can contact me directly as well.